Do you desire to know the bow hunting seasons in USA? You’ve got yourself in the right place. Knowing the hunting seasons and every bit of information about them will go a long way to help you in preparing if you ever desire to participate in anyone.

Without further ado, let’s check out some of the hunting seasons 2020 in the USA.

Hunting seasons are different for different animals as permitted by the authorities. The seasons are dates given in particular for some animals like black bear, waterfowl, pheasant, white-tailed deer, moose, small game and fur bearers, wild turkey. Deer hunting season is divided into various categories like archery, firearms, muzzle loader etc. the archery deer hunting season is from September 15th to December 15th; muzzle loader season starts from October 29th to November 8th; the firearms season starts from November 9th to December 4th. The youth deer weekend is also to be celebrated on October 22nd and 23rd in 2016. The regular firearms will be opened on November 9th.

The bear hunting season starts from September 1st in New Hampshire. They can be hunted with hounds or over bait. The population of the bear has increased enormously over the last 20 years and the current population is estimated at 5500 animals. The hunting is allowed for this animal as there is enormous population existing in many areas. The hunting conditions of bear are varied from place to place depending on the population and the hunting opportunities are also provided based on the population growth of bear. Hunters usually bait bear in lands which are managed by the forest department but not in private lands.

Wild turkey is generally hunted in spring gobbler season that starts from May 3rd and end on May 31st. This is declared a youth weekend by the concerned authorities. A three month archery season is offered by the New Hampshire government in autumn season for hunting this animal. There is an estimated population of about 40,000 wild turkeys in New Hampshire. The license to hunt this animal is given for both fall and spring seasons with different prices for residents. Residents are also provided with various combination licenses like archery and NH hunting based on their hunting plans.

In New Hampshire, hunting waterfowl is a long-standing tradition and is permitted into eh coastal waters. One should have a registered migratory waterfowl license along with NH hunting or a combination to hunt this animal. A federal waterfowl stamp is also required according to the laws mentioned in the act. However, the hunter is provided with free information through harvest information program. All banded birds must be reported through toll free number. Shooting is not allowed throughout the day but only half an hour before sunset and sunrise.

A federal duck stamp must be obtained by the waterfowl hunters along with New Hampshire migratory waterfowl license. Waterfowl have threat from avian influenza and hence bird hunters are given training to prevent such kind of exposures.

A lot of opportunity is provided by the states for small game hunters. The fur bearer population in many states is healthy, abundant and also diverse because of which hunting is allowed. Before hunting small game, the hunters need to finish fish and game surveys according to the rules. The survey asks the data on their hunts and also provides knowledge on various game birds before hunting.

The hunting season of pheasant ranges from October 1st to December 31st. All the pheasants will be released into the counties by maintaining an average number of pheasants per site. Among all the types of pheasants, ring necked pheasant is the colorful game bird. It always runs than flying and the hunter finds it difficult to hunt this animal as it has hide and seek behavior because of this skill. There is a long pheasant hunting story in New Hampshire. The tradition is continued even now as hunting is allowed by private land owners and hunters usually get enough cooperation from these owners. Hence, hunters should respect their farmlands and should not drive any vehicles in their agricultural lands.

The hunting season of Moose starts from the third Saturday in October only through concerned permits. Since 1988, the moose hunt is being celebrated as an annual event. In 1950, the population of moose is around 4100 and hence only 75 permits were given primarily. The success rate of these hunts is about 75 percent and the population remained same even now which reflects that hunting is not leading to the extinction of the animal and the population sustainability is also being maintained ever since the hunting of this animal started.

Florida is one of the best states for hunting. It boasts of lots of conservative centers and places where you can hunt without getting yourself into trouble once you carefully consider the rules and regulations.

If you ever find yourself in Florida and you are a hunter, we are glad to announce to you that you have found yourself in the right place to be for antler less and antlered deer. This hunting season comes from mid-September toward the last week in November.

During the spring and fall season of the year in Florida, wild hog, turkey, coyote, squirrel, and skunk are other animals you can hunt. The hunting spell in Florida is limited to zones, and they are A, B, C, and D, in the state. The use of bows is allowed in this state, and the use of firearms is permitted from mid-October to the first week of January.

Hunting is also allowed in Indiana state, and it gives hunters a wide range opportunity to hunt all kinds of animals. From the middle of the month of October to mid-February, hunters have a host of foxes, both red and grey, to hunt. So, it is known as one of the states to hunt the fox. Also, during this time, deer, coyotes, raccoon, wild turkey, and opossum are common for hunting.

If you do not have interest in all of the animals listed and you are of the deer family, then you have to wait till the middle of September, and the season runs until the end of January. For coyote hunting season in Indiana, you need to be alert during the month of October to the middle of the month of March.

Furthermore, during the spring, the male species of turkey is allowed to be hunted. Overall, both bow and firearms are allowed in this state for hunting.

Missouri is known for the hunting of animals such as deer, coyote, fox, crows, bobcat, and badger. The state allows the use of bows and firearms. For those who are devoted to archery and only focus on the use of all kinds of bows, it is a place to consider.

There are animals that are hunted in Virginia illegally, while some are legal. The animals that are legal include fox, squirrel, grouse, coyote, deer, and wild turkey. The legalized hunting in Virginia with the use of the bow is officially starting in the month of September and extends over 27 days in that month.

Oklahoma State is known for hunting all season. Hunting in this state has brought lots of good to this state, which is why it still gets the maximum support from the government. The common targets for hunters in this state are the squirrels and turkeys.

However, the kind of animal that is being hunted in the state with high traffic includes deer, antelope, elk, bear, turkey, and rabbits. For the deer hunting season, the starting period is around the end of the month of October and ends in the first week of November.

If you are interested in hunting deer and elk, the best place to be in the state of Colorado. The state keeps a record of massive traffic of elk and deers, which makes it a perfect place for hunters that loves to hunt deer and elk. Hunting season in Colorado starting in the month of November and runs for seven days.

One of the major attractions in Maine state is deer. It is one of the places to consider for deer hunting. It is open to youths and adults, and kids should be under parental supervision. There, the use of firearms and bow is allowed.

If you are a hunter by profession or you do that for fun, you will always be allowed to hunt there. The regular archery season starts in the last week of September and ends by the end of October. Also, the youth day hunt takes place in Maine, and a single day is reserved for the hunt. The day of the youth hunting attracts youths from all over different places.

In all, for those who are interested in knowing the various bow hunting season in USA, this post reveals all you ever need to know. SO, we wish you all the best in your hunting quest. 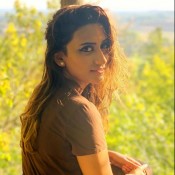